The City of Dreams

Mumbai, a cosmopolitan metropolis, earlier known as Bombay, is the largest city in India and the capital of the state of Maharashtra. It’s a landscape full of dreamers from all walks of life who come to Bollywood, India’s prolific film industry. The heart of the city contains some of the grandest colonial-era architecture on the planet but explore a little more and you’ll uncover unique bazaars, hidden temples, hipster enclaves and India’s premier restaurants and nightlife. It is also home to the largest tropical forest in an urban zone, the Sanjay Gandhi National Park, situated in Borivali.

We have preferred partners with negotiated rates for Pharmacies, Local Transport Providers and Hotels near our partner hospitals. This will help you in saving costs when you travel to Mumbai. Please write to us at info@healthtravellersworldwide.com or call our Executive Team at +91 91763 90909 so that they can coordinate with you. 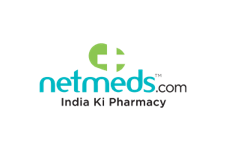 Mumbai doesn’t have as many historical monuments as some places in India, but its diversity more than compensates for it. While in Mumbai, be sure not to miss the following attractions to make your trip a memorable one.

Like the population of Mumbai, its food too has diverse origins. A melting pot of irresistible flavours and aromas from all over the country and beyond is the best way to describe Mumbai’s gastronomic experiences. And here are some of the places you should definitely explore:

Shopping in Mumbai can be a truly unique experience. Bombay is versatile not just by nature, but also in its style. From latest trends to the top notch designer picks, the City of Dreams has it all. The best places to shop are:

The reason behind picking the best airline to travel to Mumbai is the number of facilities and prominent services which the airline provides to its passengers. During the flight you can enjoy movies, music, video games and more. Some of the major airlines that connect Mumbai to the world are:

We have preferred partners with negotiated rates for Pharmacies, Local Transport Providers and Hotels near our partner hospitals. This will help you in saving costs when you travel to Mumbai. Please write to us at info@healthtravellersworldwide.com or call our Executive Team at +91 91763 90909 so that they can coordinate with you.